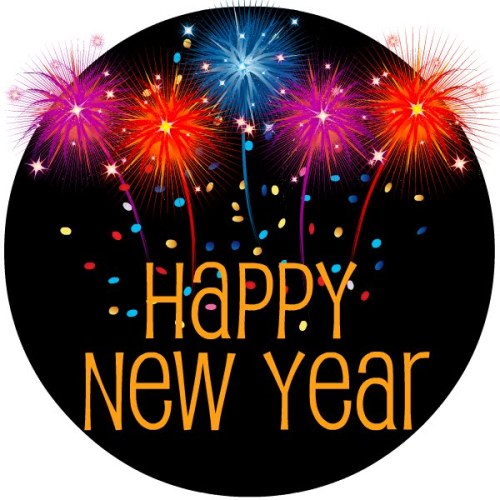 I think I skipped last year with a resolution post for 2015. I think I failed my 2014 so miserably that I thought doing one for 2015 was a waste of time. Also, a reminder of what a year of failure I had. Well, even though I did not have a list, I would of failed at it. I think last year was very unmotivating to me. I tried to escape this year with minimal effort and I’m sure it showed from time to time.

I say it every year, but this year is going to be different. I hope. Every thing needs to be reviewed and looked upon in a new light. This is my last full year before I turn 40. I’m halfway through a life and have a lot of work ahead of me.

I started looking over older lists and realized I had either recurring items or just items I never accomplished so just carried it over from year to year. These recycled items are:

END_OF_DOCUMENT_TOKEN_TO_BE_REPLACED 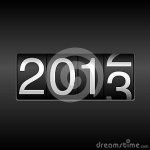 Here we go again. It’s a new year and it’s time to post up my list of goals to do this year. These aren’t resolutions because resolutions never last. I will probably break a resolution by the time I am done typing this post. This is also not meant to boast because I think I am far off from others on being able to boast. I am just throwing these items out there into the blogosphere to create some sort of accountability that I need to accomplish more than half of the items below. I feel better about myself when I can physically see items being crossed off of my list. Sure, I can easily keep all my goals in my head but it is not the same.

It is not specific but the items towards the top of the list are more important to me than ones towards the bottom. They all carry some weight in the grand scheme of things but I would rather take my kids camping than replacing all the light switches and outlets in the house. Scratch that. I’m not going to waste any brain cycles on prioritizing them.

So without further ado, here is the 2013 goals:

END_OF_DOCUMENT_TOKEN_TO_BE_REPLACED

We are almost 2 weeks away from closing out this year but only 6 days away from the end of the world. We will see if the ancient predictions hold any truth. I highly doubt it so we all might as well go out and finish Christmas shopping and think of the year to come. I’m hoping my 2013 will be the year of the reboot. This year was not one of my better years but I can’t sign off on it as being the worst. One of the things I learned through my ongoing Tao readings is change or the threat of change allows our life not to be stagnant. No one wants to drink from the cup of life if it contains stagnant Koolaid. Externally things could always be better but internally I learned a lot about myself and I hope to continue down that path.

I don’t want to drone on and on in this specific post but I just want to quickly chronicle how I progressed through my goals I set at the beginning of the year. Not for the world to see but for myself in case I go senile and need to remember what it is I did for my life.

-Stay well under 200lbs. [Optional goal is 180lbs.] (This has been my goal for the last couple of years and been successful.) Completed as well as the optional kicker. Somehow I dropped almost 40 lbs.
-Complete 2 certifications for work. Fail! I’m dropping this for 2013 because I don’t want to feel forced to care about work.
-Play more disc golf.  Sure I would love to play more but I think I got out more than previous years.
-Disc golf in 2 new states.  I try to do a new one a year and missed 2011. I failed to do 2 but I did play in Maryland so I’m counting it.
-Go fishing with the kids more. Fail! I went fishing in NY but nothing local that I could take the kids to.
-Take the kids camping. The boys and I had a great time after the quick storm we had setting up our tent. Can’t wait to do it again in 2013.
-Get all the rooms on the first floor painted. Only the hallway and kitchen remain.
-Insulate 2 of the 3 crawlspaces. Didn’t even hit the planning stages.
-Replace the ceiling fan. Not only replaced the old one but added one to the dining room.
-Replace the garbage disposal. After some bloody knuckles and Jaegermeister, this was done.
-Replace all electrical outlets and light switches. Only the second floor was partially completed.
-Expand the garden and hook up a rain barrel system. Garden was expanded and I have the design plans and the barrel so I am counting it.
-Build a compost pile. Maybe 2013.
-Decommission one of my servers. This should be done around the start of January so I’m on track at removing this from my plate of worries.
-Write 12 blog posts to this blog or any reincarnated form. (Actually 11 if you count this one.) Nailed this early in the year when I started writing game reviews for Boardgamegeek.com regarding boardgames on IOS devices. However I did drop off their radar without a notice. I feel bad and might try to repair that relationship.
-Hook up a surround sound system in family room. Does buying a Surround sound 5.1 Turtle Beach headset for my Xbox 360 count? Didn’t think so.
-Earn Xbox Gamerscore of 13500. Actually one of the failed goals that I’m glad I didn’t hit. That just means I spent less time this year playing video games. I’m currently at 11151. So I was way off my goal. I’m glad I didn’t go with my original 15000 mark.
-Read 10 books. I should hit 15 by the end of the year.
-Learn a new geeky/nerdish trait or skill. Well, I wouldn’t say I mastered editing documents using vi but I am better at it than I was before.

Sure that only works out to be a 50% completion rate but it is better than a ‘I gave up on January 2nd’ completion rate. Now to adjust some of my ongoing goals and add some new ones in there.